Gail Benoit sentenced for selling kittens without a health certificate 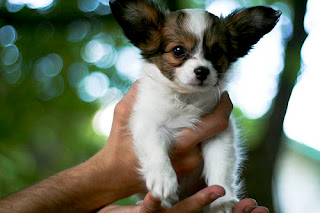 Gail Benoit was sentenced for selling a kitten without a health certificate in court today.

Judge Flora Buchan granted everything that the prosecutors suggested - it's too bad they didn't suggest more - but this is what she sentenced to:

- one year of probation
- prohibited from possessing or having control of any animals for a period of five years
- the judge granted an exception to the ban that will allow Benoit to keep her three pet dogs, providing microchips are implanted in the animals and they are examined by a veterinarian within 30 days and then on an annual basis.

Under the prohibition order, Nova Scotia SPCA inspectors are permitted to show up at Benoit’s residence unannounced without a warrant to check on her pets.

It's interesting that in court it was mentioned that Benoit has 20 previous convictions, including six for breaching court orders.

So she's had quite a lot of interaction with the court system - it's included charges of animal cruelty, along with charges of assault on an animal cruelty officer - as well as being charged with stealing dogs and also charges for stealing a person's wallet.

So with this sentence - Gail Benoit shouldn't be able to sell any animals for the next five years - so this blog should go silent until at least January 2022.

There are other puppy flippers in Nova Scotia that we keep track of - this blog was started because we wanted people to be educated when they were searching for the next canine companion and when you googled "Gail Benoit" nothing came up - that was 2007 - now everyone in Nova Scotia knows who she is - but they don't necessarily know what a dog or puppy flipper is.

If you are looking for the best way to get your next dog so that they'll be the happiest and best dog - you need to do good research - if you can meet both parents - and they are healthy and happy - that's the #1 best way that you'll know your puppy will grow up and be happy and healthy. Decide on how much you're going to want to interact with your dog - do you mostly want to hang out on the couch or do you want to do things with them?

There's a breed for every kind of activity you want - spend some time on the internet figuring that out. If you want to rescue a dog - but you want a certain breed - every breed has a breed rescue - contact that breed's rescue - you're killing 2 birds with one stone!

Whatever you do - don't agree to meet a person in a parking lot to buy a puppy - you will be giving yourself a lifetime of heart ache - like Gail Benoit did to tens of thousands of people - thankfully that has now come to an end.
Posted by Joan Sinden at 5:38 PM